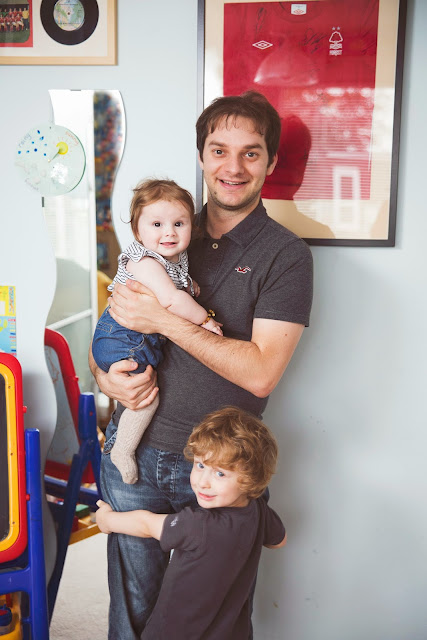 Expectations of fatherhood: I didn’t have any expectations of fatherhood really, but as the day approached I had a sudden realisation of the responsibility that was coming. We’d been married for about 2 years and decided it was time to have children, but it all happened so quickly. Even in Rachel's pregnancy I hadn’t realised the implications of what it really meant. Of course, I got swept away with buying all of the paraphernalia, going to the scans ...etc...but didn’t have the chance to reflect on fatherhood as such.

Reality of fatherhood: I don't think I realised what responsibility really meant till Louis was born. I was used to having our flat to pay for, and bills etc, but this was different. We were totally responsible for him in terms of his growth and development, and bring him up.


It really hit me immediately after Louis was born. Rachel had to go back into theatre and I was left in the waiting room. It was me and Louis in a room, in the middle of the night, on our own. We couldn’t go anywhere because of restricted access. This little thing looking up at me, and me totally unprepared with no bottle or equipment. I just thought, 'What do I do?' Panicking, and feeling total shock-horror; what you're supposed to do with a brand new baby? He'd been born at 11.47pm and Rachel ended up being in theatre for about an hr and a half. It was quite scary. That was a massive reality check. 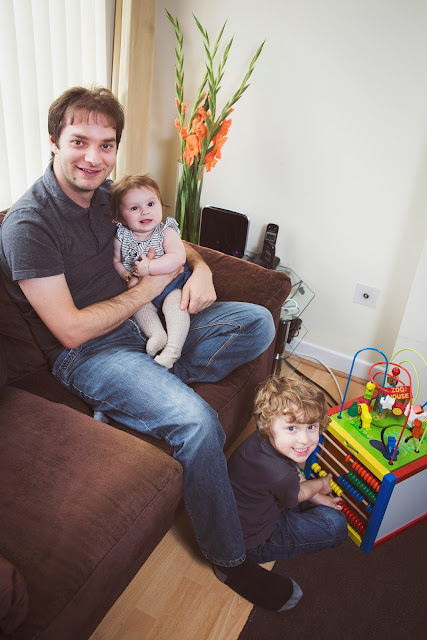 Taking your children home:
I was happy to have left the hospital to start family life, but is was quite daunting. I remember driving home and feeling very conscious of the speed at was going at. It was a very exciting experience for both of us. My parents were on holiday at the time, but my brother came up immediately. We arrived home and had about an hr to ourselves before the visitors started arriving.

Best advice/worst: We were the first to get married and have kids amongst our friends, so I don’t really remember being given any advice.

The hardest parts of being a father: Quite recently we tackled potty training with Louis and it's been pretty horrific and stressful actually. As an adult it’s second nature and you don’t remember learning the process, so it's hard to stay patient with them while they get their head round it. We tried everything under the sun: bribes, presents, Elmo's potty time...nothing worked. It was difficult not to get frustrated, but when he eventually got it, nothing seemed to have changed, it was as if as light bulb had just suddenly flicked on his brain.

With Poppy, about an hour after she was born they had to take her to the Neo-natal unit because her temperature was low and they just wanted to be sure it was nothing serious. Surrounded by wires and incubators, I just felt really helpless. We were relatively confident parents by the time Poppy was born - I knew all of the simple skills to look after her - but this time I really did feel out of control. There was nothing we could do and it all happened so quickly. It was really challenging - both physically and emotionally - especially after all of the excitement and happiness around the birth. It made me put into perspective how poorly some of the other babies in there were. 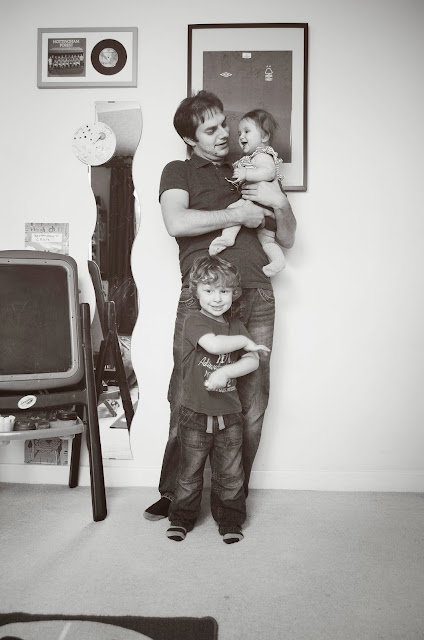 The best parts of being a father: When they come in to our room in the morning and try to wake us up. I know some people aren't that fond of the early wake-ups, but for me it’s a joy.  The cuddles can’t be beaten either and the big beaming smiles from Poppy, with her babbling away. It's brilliant.

I work away a lot and it's great that I can now have phone calls and proper conversations with Louis.

Fatherhood is also a chance to relive you youth - e.g. playing with lego.

Has being a father changed you? I think it has, in quite a big way. Prior to having children I was in a totally different career. I worked all over the place, with a 12hr day minimum. I took a huge pay cut, and now I'm doing a fairly normal 9-5 job. Personally, fatherhood has meant making massive changes, but I wouldn’t change it for the world. I get to spend so much more time with them, and that's great.

Advice for new or expectant fathers: I've found that second time round I’m a lot more relaxed and I'm realising how important that is. I used to religiously check on Louis while he slept, to the point where I insisted on getting a mat that tracked breathing. 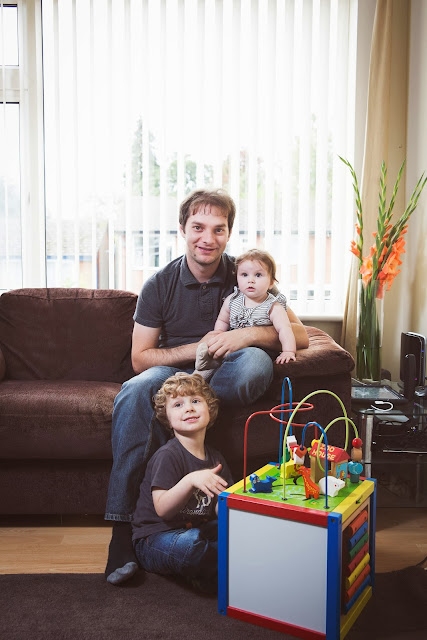 It’s so much easier 2nd time round though. I would say try not to get too caught up on what the books say and what others advise - you’ll find your own feet in terms of routines. We have, however, been blessed with two very easy babies - they’re great. They sleep well and don’t wake each other despite sharing a bedroom. I feel very lucky.

I would stress that couples should make time for each other too. We find time alone is still very important. For example, when Louis was 9mths we went away for a week to New York  and when Rachel was pregnant with Poppy we went away on our own again - I know others have opinions about this, but for us it was important. We trust their grandparents to look after them - our parents are very important to us and to the kids. They love the kids and the feeling is mutual. I really feel that Louis and Poppy benefit from having time away from us too, for example they settle in really well with new people and they’re both very independent. From a selfish point of view we need our own time and try to remind ourselves of how we were before children - they are everything to us, but we’re not just parents.

Email ThisBlogThis!Share to TwitterShare to FacebookShare to Pinterest
Newer Posts Older Posts Home
Subscribe to: Posts (Atom)
Photo project documenting the stories and experiences of Fathers of all ages, with children of all ages.