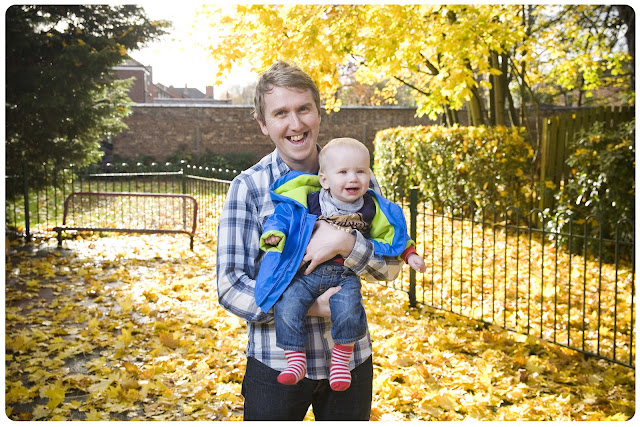 Expectations of Fatherhood: We found out we were having a boy at the 20 week scan so when I thought about Fatherhood it involved images of me playing with an active little boy; kicking a ball about, teaching him to ride a bike, swimming. I had an active childhood full of sport and play so I guess the ideas were conjured up from there. I also viewed Fatherhood as giving advice or guidance for situations later in life; being the person that Joel could turn to if he needed something. When my wife was pregnant, perhaps strangely, I didn’t see ‘Fatherhood’ as starting when he was born. I thought of having a baby and Fatherhood as two very separate things. 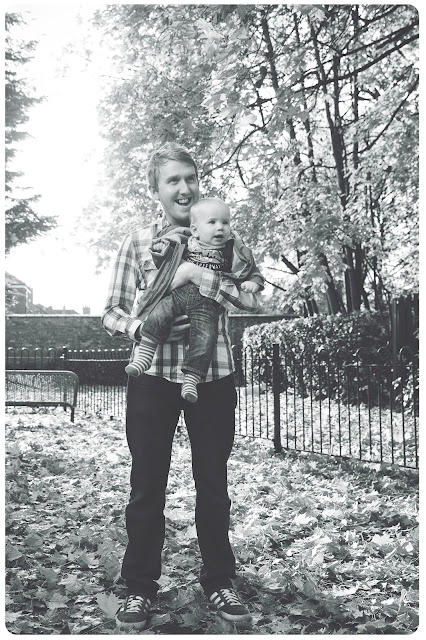 Reality of Fatherhood: The reality was that Fatherhood actually started before Joel was born. Thinking about how I wanted to raise him, what kind of parent I wanted to be, how the practicalities of life would change. All these questions started long before my wife gave birth. The thing that struck me early on was how it was our job to make every decision for this new baby. Bottle or breast? Dummy or no dummy? Reduce my hours at work or stay full-time? Every question needed answering and every answer would have an impact on him.

I remember starting to understand the importance of my decisions for him when we were discussing names. I realised that the choice we made would have an effect on how people might respond him in the future (“Hi, my name is Peaches”). This started to highlight the responsibility my wife and I were taking on and how our choices would determine parts of his life in the future. Joel’s initials are JFK. We had several conversations about whether it was fair to give him such famous initials. The bonus of them is that he’s got his own airport.

Fatherhood is fun. Especially when Joel started reacting to things I did. Once (and I don’t know how this came about) we discovered that the word “Pants” made him laugh. We just repeated it over and over and he would laugh uncontrollably. It was so simple and yet one of the funniest things I’ve ever seen.

Taking your child home for the first time: I remember making a really big deal of what album would be playing in the car when we drove home from the hospital. This might sound like a strange thing but I was really conscious that whatever we played him would be the first music he ever heard. I chose Noel Gallagher’s High Flying Birds (“Joel, this is Noel”) which was an album we had bought on our last holiday together when my wife was pregnant. We listened to it constantly driving around the south of England. It was nice to have that link between the pregnancy and Joel finally being there. Everybody’s on the Run, the first track on the album, is one of my favourite songs and the first song Joel ever heard. I like that we will always have that, especially when he’s older and I can put the album on and tell him the “coming home” story. 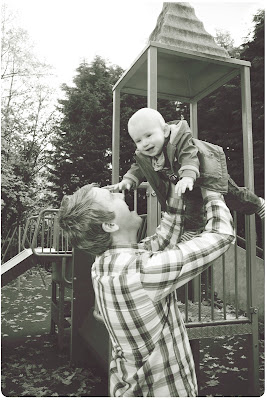 Best advice: Don’t judge your baby / parenthood on the first 6 weeks. This was a good mantra to repeat when parts of the early days were a struggle. You are tired, happy, emotional, scared, overtired, overwhelmed, running on adrenaline, and don’t forget tired. Everything can seem too much and you feel like you’ve waited so long for this amazing thing to come into your life and now it won’t stop crying or go to sleep and you don’t know why. It was good to have been told that it would change and get easier, and to know that other people went through these difficult early days, because it can feel like it will never change. But it does. As time passes, you become more confident and things don’t feel as daunting. You learn about your baby, it finds its natural routine and life regains some form of order. During the first 6 weeks though, this all feels like a world away.

Worst advice:
Surprisingly the worst advice I got was from a Midwife who told us, “Don’t let him go more than 4 hours without food.” This was on day one and we were about to take him home. I asked whether we should wake him up after 4 hours having been told numerous times throughout the years ‘you never wake a sleeping baby.’ The Midwife was very evasive when I asked if we were lucky enough to have a baby that slept that long, whether we should set an alarm. Her words “I would never say set one, but you shouldn’t let them go more than 4 hours without food.” 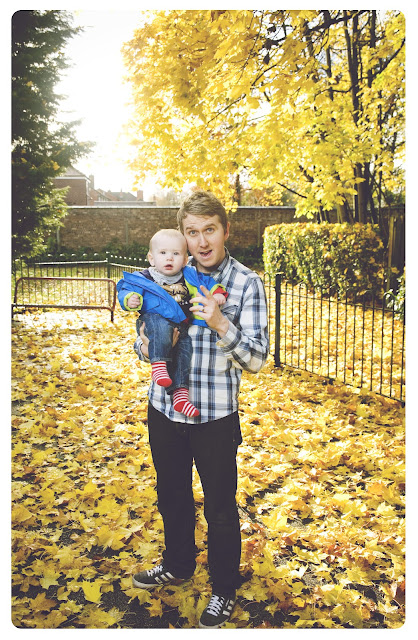 Needless to say Joel slept for 5 and half hours that night and I woke my wife panicking that he hadn’t had enough food. When he eventually woke up and fed he had no issues with having gone so long.

We spoke to a different Midwife who visited us at home the next day and she said that 8 hours without food is fine. That first night was the longest Joel slept between feeds for a good few months. It’s a shame I spent it worrying because the sleep would’ve been nice.

The hardest part of being a father: The thing I found the hardest was making decisions in the middle of the night when I was extremely tired. I was trying to figure out if he was hungry, wet, cold, hot etc and my head felt like it was underwater because I was so tired. I tried to read the signs and follow some form of process but the crying wouldn’t always stop. We live in a terraced house and I used to worry that the neighbours would think we were rubbish parents and that just used to add to the panic.
In the very early days I used to feel helpless. My wife breast fed and before she started expressing I felt like a spare part at times because I couldn’t actually help with the feeding. Joel fed every hour and a half to 2 hours in the early weeks and there was nothing I could do to help either of them. This was hardest in the middle of the night because I could see how tired my wife was. The first few days I stayed up in the night with her at feeding times to offer some form of support. After a few days it became clear that even if I got 2 hours more sleep than she did, it made the next day a bit easier because I could function slightly better for being a bit more rested. I could then help with the other things that were needed to keep the household going.

Learning Joel’s routines and signs when I’m not with him all day is difficult. Some days I’ve come home from work and done something with him that I’d done the day before and he’s reacted differently and my wife has said, “Oh that changed this morning.” However, this is just the reality of being the parent that goes out to work and we just make sure we talk about his day so I always know what he’s been like and where he’s up to within his routine.

To leave the house, especially in the early days, we needed so much stuff that remembering everything was difficult. When he was 6 days old we took Joel to Altrincham for lunch, when we arrived we realised we had forgotten the adapters that turned his car seat into a pram and we had to drive all the way home. We laughed about it but it just highlighted that we were no longer able to do anything impulsively or without thought.
Then, on the first day I looked after Joel all day on my own I had a similar experience. It had been going so well; I’d taken him to get his passport photo done. When he started showing signs of hunger I walked into Costa (other coffee chains are available), ordered a coffee, got set at the table, took him out of the pram, coat off, reached into the back for the expressed bottle and …No bottle. I did what everyone does in that situation and although I knew for certain that the bottles were on the kitchen side at home in their insulated bag ready to go into his changing bag, I searched the changing bag over and over in the hope they would turn up. I left Costa quickly (coffee still hot and untouched) and rushed home. Joel fed and was fine, but I felt awful. I kept questioning myself, ‘What kind of Dad forgets his son’s food?’ 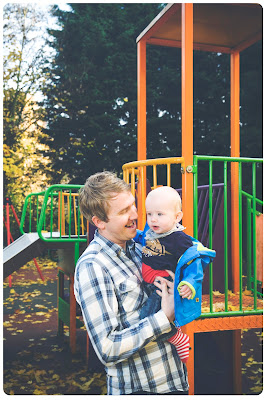 The best part of being a father:
It’s a bit cheesy but making him laugh is brilliant. Knowing that it is a completely instinctive reaction and he is happy makes me feel great.
Coming home from work and seeing his reaction when he sees me enter the room. The big smile and the excitement he shows never fails to wipe away any stress from the day.

Just being a father is a great feeling. My wife and I were trying to get pregnant for over a year. Waiting month after month to see if she was pregnant became very stressful. We both questioned if something was wrong with us and I went for tests to see if everything was in full working order. We had some serious conversations about what we would do if we couldn’t have children. I don’t think I realised how much I wanted to have a child until I thought there was a possibility I couldn’t have one. When my wife told me she was pregnant I’ll admit there was a very primal part of my brain that was just glad my balls worked.

Hopes for your family:
I hope Joel is happy and healthy.

I hope we can travel with him, show him some of the world and allow him to see what a brilliant place it can be.

I hope we can teach him good values and give him skills to cope with some of the unexpected things life can throw at you.

Finally, I hope he earns enough money to pay for a decent retirement home for us. 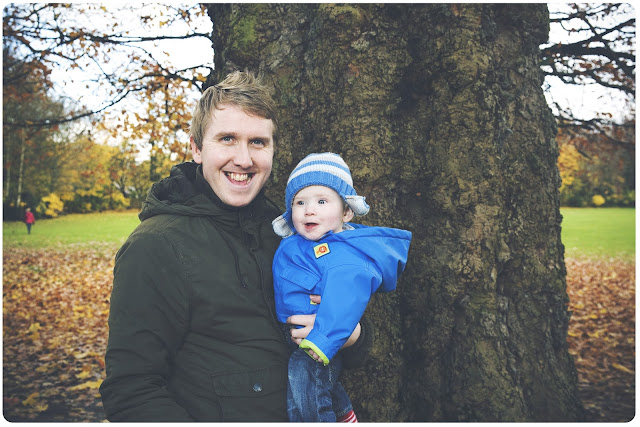 What advice would you offer to new and expectant fathers?
Don’t judge your baby / how parenthood will be on the first 6 weeks.

On a practical level, get organised at night: Knowing where nappies, wipes etc are can make things a bit easier when you’re trying to calm a crying baby. You don’t have the added panic about where everything is.

Encourage your partner to make friends with other new mums. Most men get to go back to work after a week or so and resume some form of normality, a regular routine and enjoy some adult conversation. I found my wife having a support network around her of new mums (they came from our NCT class mostly) really helped her. She was able to swap advice and fears or just get out of the house and mix with other people off work at the same time, going through the same feelings and emotions. Be prepared though, it costs a fortune in tea and cake.

Steven’s first novel, Suburb, is available to buy as an eBook from www.stevenkedie.com 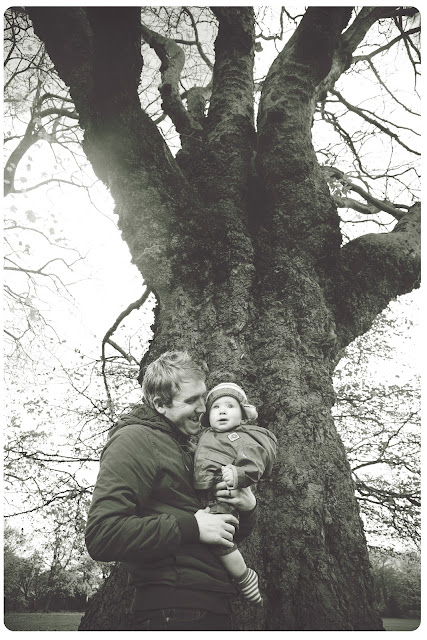